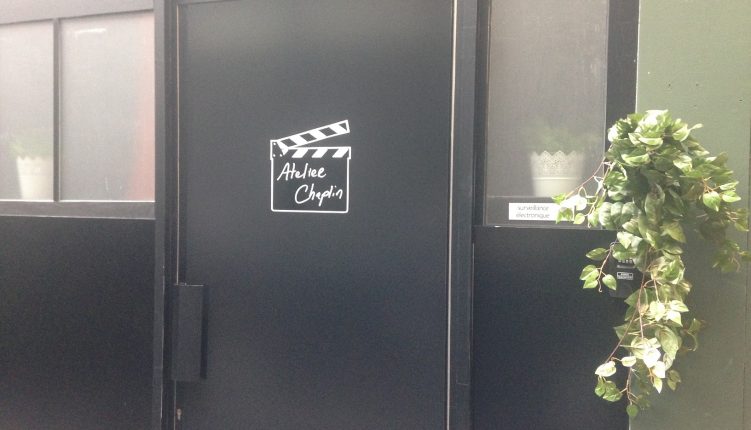 Some celebrities, sagas or fictional characters, cross the times and mark memories forever. Their songs, or their quotes resonate forever in our heads. Urban Flat in Paris was inspired by his favorite characters to decorate some of his apartments.

Our theme short term rentals and the history of our Icons

The following apartments have each one their own story and are all located close to our agency, in the heart of the Sentier district. They are adapted to families and the dynamism and the activity of the district will fit with friends teams come to spend good time in the Capital.

You will be in the heart of the effervescence of the City of Light and a few steps from several areas that deserve a nice visit (Le Marais, Montorgueil, Châtelet etc).

The actress, singer and model, of her birth name Norma Jeane Mortenson, marked the twentieth century because of its beauty and story. She will forever be a model of beauty and is considered as the most lucrative female icon of the world. Her beauty and glamour inspired us to create the l’Atelier Marilyn Monroe. Every room in this apartment represents the charisma of this strong woman.

The actor, director, screenwriter and producer, Charles Spencer Chaplin, better known as Charlie Chaplin, becomes and will remain the idol of French cinema thanks to the character of Charlot. He is the icon of French silent cinema. His interpretations have gone through time and we will never tire of watching them.

Mona Lisa or The Mona Lisa is a painting by Leonardo da Vinci exhibited at the Louvre in Paris. This oil painting depicts a mid-body portrait of a woman, probably Florentine Lisa Gherardini, wife of Francesco del Giocondo. The enigmatic woman inspired this apartment and created a mysterious atmosphere in it.

The publishing house has all the characters of fiction that inspired the twentieth and twenty-first centuries: Spider-Man, X-Men, Hulk or Wolverine. Find the fantastic universe of his 200 superheroes. 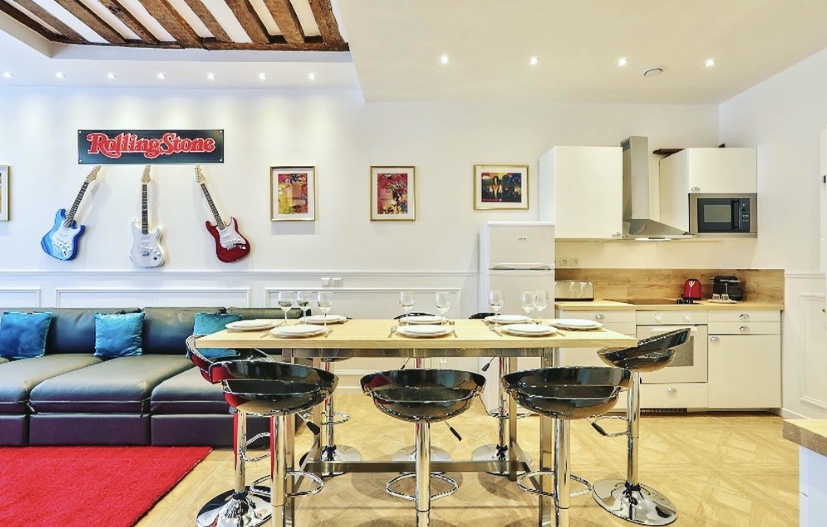 The British Rock band marked the twentieth century with its mythical music that we still listen today (Angie, Satisfaction etc). Bring out your Rock”roll side in this amazing 4 pieces short term rental.

The mythical saga inspired two of our apartments. One located in the same area of the Sentier, then a second located in the heart of the Marais, both historic and modern district. Created in 1977, the saga of Star Wars still lasts and still challenges kids and adults.

Our latest themed apartment (for now) is located close to the Avenue des Champs Elysees, in one of the most popular areas of Paris. Its large size and luxurious decoration allow families to feel at the hotel while finding the comforts of home.

Mickey Mouse is the best-known fictional character in the Disney world. Since 1928, he has been the cartoon and comic book number one. The world’s most famous mouse and his universe have inspired one of our apartments. Dreams and magic come together in this apartment to give travelers a fairy stay.